Humans are being exposed to myriad chemicals in their daily environment including those contained in consumer goods, food, pharmaceuticals, and household products. Most of these daily use products were introduced or developed for human benefit, however, exposure to a minority of chemicals in these products can cause deleterious effects through serious damage to several organ systems. One such group of chemicals, namely, Endocrine Disrupting Chemicals (EDCs), have the ability to perturb the normal functioning of the biological system. In order to screen such chemicals in our daily life, we have developed a detailed workflow to identify EDCs with supporting evidence for endocrine disruption from published experiments in humans or rodents. Using our workflow, we identified potential EDCs with supporting evidence of systems-level endocrine-mediated endpoints in published literature specific to humans or rodents.

DEDuCT provides diverse information on potential EDCs including two-dimensional (2D) and three-dimensional (3D) chemical structure, physicochemical properties, predicted ADMET properties, and molecular descriptors. In DEDuCT, we provide a classification of the potential EDCs based on their environmental source into 7 broad categories and 48 sub-categories. We also provide a hierarchical classification of the identified potential EDCs based on their chemical structural information. Importantly, we have documented the specific endocrine-mediated endpoints along with the dosage range at which endocrine disruption was observed for individual EDCs in the published experiments in the supporting literature. Moreover, we have standardized the biological terms from published experiments describing the adverse effects observed due to endocrine disruption upon EDC exposure. Based on the perturbed biological processes controlled by the human endocrine system, we have classified the standardized endocrine-mediated endpoints into 7 different systems-level perturbations. DEDuCT lists the endocrine-mediated endpoints along with the corresponding dosage information and systems-level perturbations observed upon EDC exposure, and this information was compiled from published experiments specific to humans or rodents. Overall, this resource will continue to aid efforts by academia, industry and regulatory agencies towards delivery of safer consumer products to humankind.

WORKFLOW FOR IDENTIFICATION OF EDCs

In stage 1 of the workflow, we performed an extensive literature search to compile 17134 published research articles which are likely to contain information on EDCs (Figure 1). Firstly, we mined PubMed to filter abstracts on EDCs which led to 19723 research articles. Secondly, we compiled research articles from three existing resources on EDCs, namely, the World Health Organization (WHO) report, The Endocrine Disruption Exchange (TEDX) and EDCs Databank which resulted in 337, 1166 and 456 published literature that are likely to contain information on EDCs, respectively. Subsequently, we manually filtered the compiled abstracts from the above mentioned resources for the presence of keywords related to EDCs, and this filtration led to 17134 research articles at the end of stage 1.

STAGE 2: Literature filter based on study type and test organism

In stage 2 of the workflow, we screened the 17134 research articles from stage 1 to select studies based on in vivo or in vitro experiments in humans or rodents (Figure 1). Here, we have excluded human epidemiological studies and published studies where receptor-based binding assays or in silico methods were employed to infer potential endocrine disruption. The filtration based on study type and test organism led to a subset of 3996 research articles at the end of stage 2.

STAGE 3: Compilation of tested chemicals from the filtered research articles

In stage 3 of the workflow, we gathered the set of chemicals tested for potential endocrine disruption in any of the 3996 research articles from stage 2. Moreover, we also gathered information on the 2D structure of each tested chemical (Figure 1). Note that we have omitted any tested chemical in the 3996 research articles which could not be mapped to its 2D structure using standard chemical databases. At the end of stage 3, we compiled 2047 chemicals along with their 2D structures that were tested for endocrine disruption in humans or rodents in at least one of the filtered research articles from stage 2.

In stage 4 of the workflow, we identify EDCs among the 2047 chemicals compiled in stage 3 by assessing the significance of observed effects in published experiments for endocrine disruption upon exposure in humans or rodents. Prior to this assessment of supporting evidence for endocrine disruption upon chemical exposure, we excluded a tested chemical or its published experiment based on the following criteria (Figure 1):

In order to standardize the reported evidence for an EDC, we undertook an extensive manual effort to unify the biological terms used to describe the observed effects or endpoints related to endocrine-specific perturbations in published experiments upon chemical exposure. This has led to the compilation of 609 endocrine-mediated endpoints from published experiments in supporting literature for 792 EDCs. Motivated by the major biological processes controlled by the human endocrine system, we have classified the 609 endocrine-mediated endpoints into 7 systems-level perturbations, namely,

We highlight that future studies and toxicological databases can leverage our comprehensive list of 609 endocrine-mediated endpoints and their categorization into 7 systems-level perturbations while reporting or documenting the adverse effects related to endocrine disruption from experiments related to chemical exposure. Hence, this work also contributes towards development of a unified biological vocabulary to describe toxicity profiles of chemicals.

1. BASED ON TYPE OF SUPPORTING EVIDENCE IN PUBLISHED EXPERIMENTS

2. BASED ON ENVIRONMENTAL SOURCE 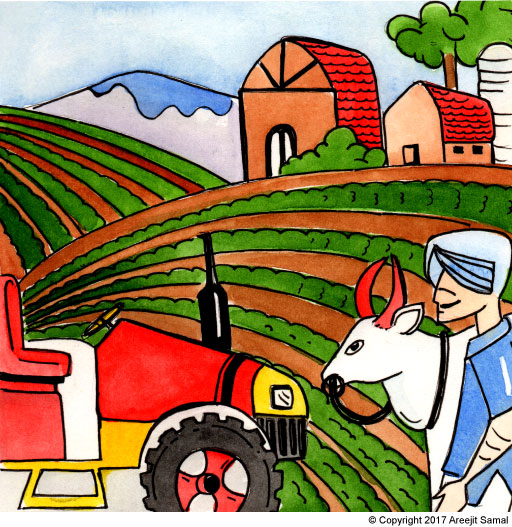 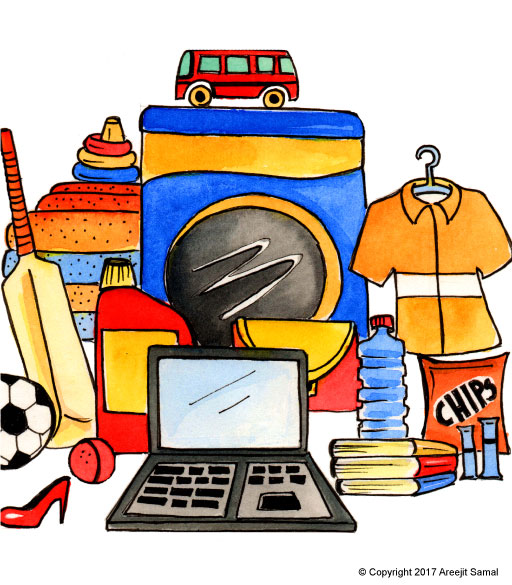 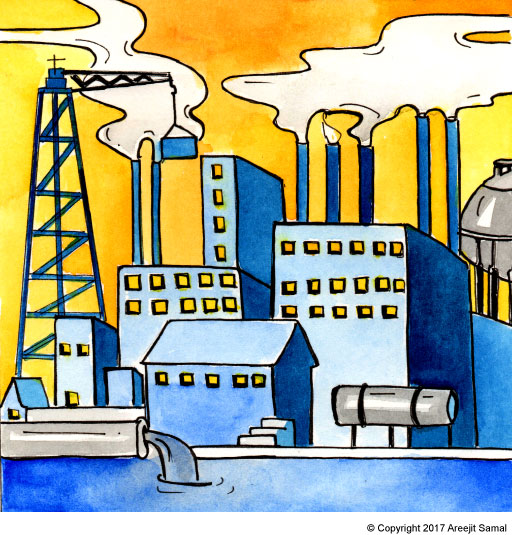 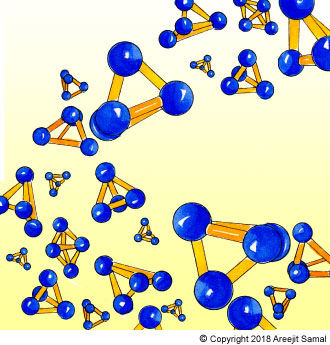 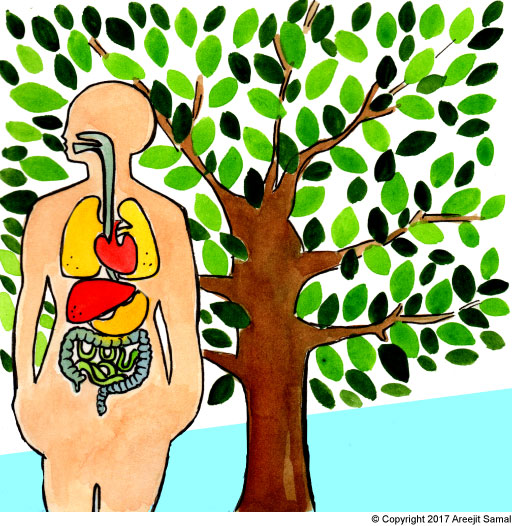 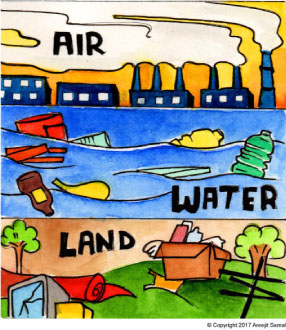 3. BASED ON CHEMICAL CLASSIFICATION


4. BASED ON SYSTEMS-LEVEL PERTURBATIONS AND ENDOCRINE-MEDIATED ENDPOINTS 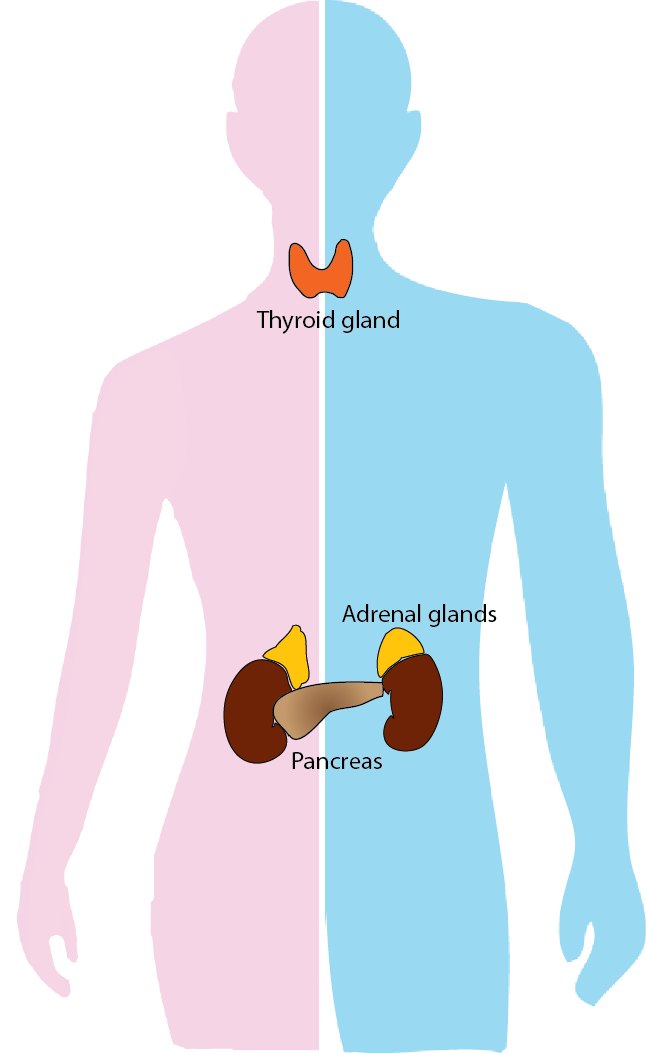 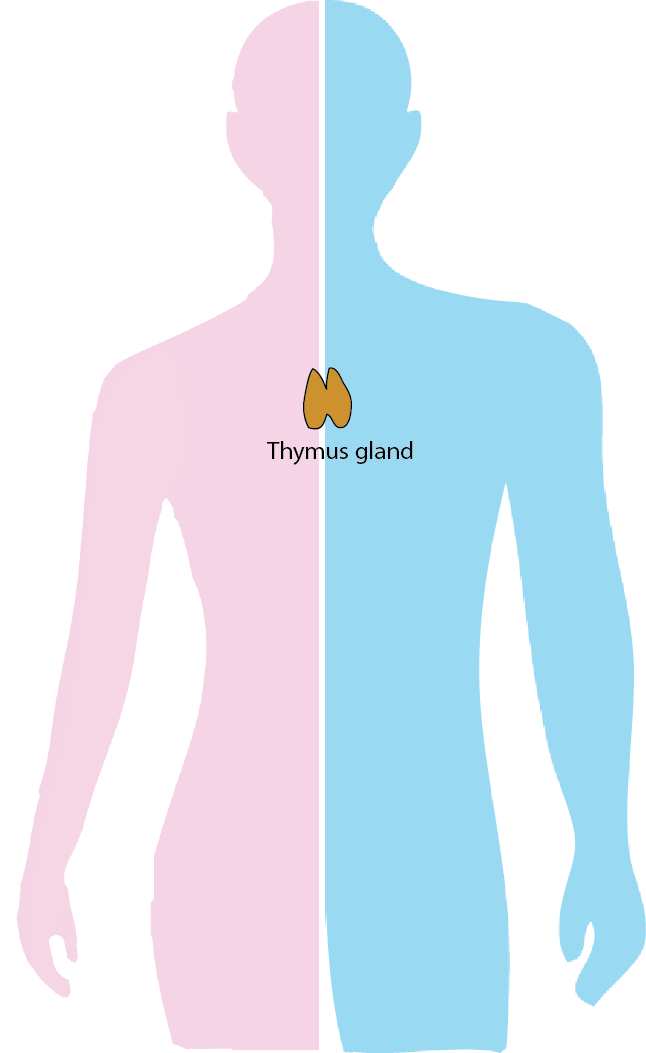 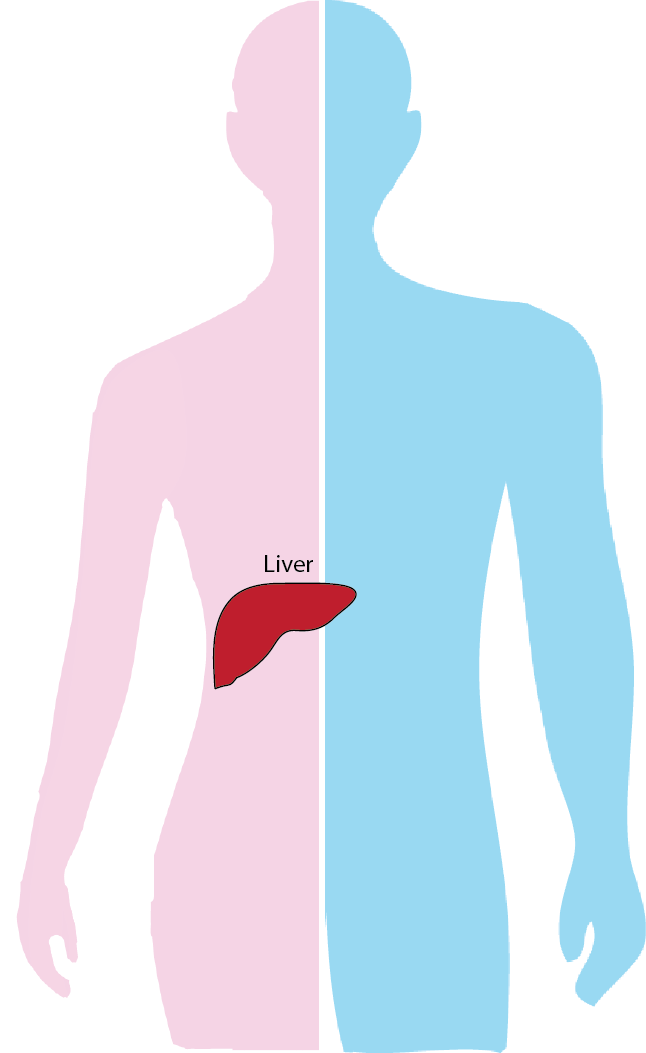 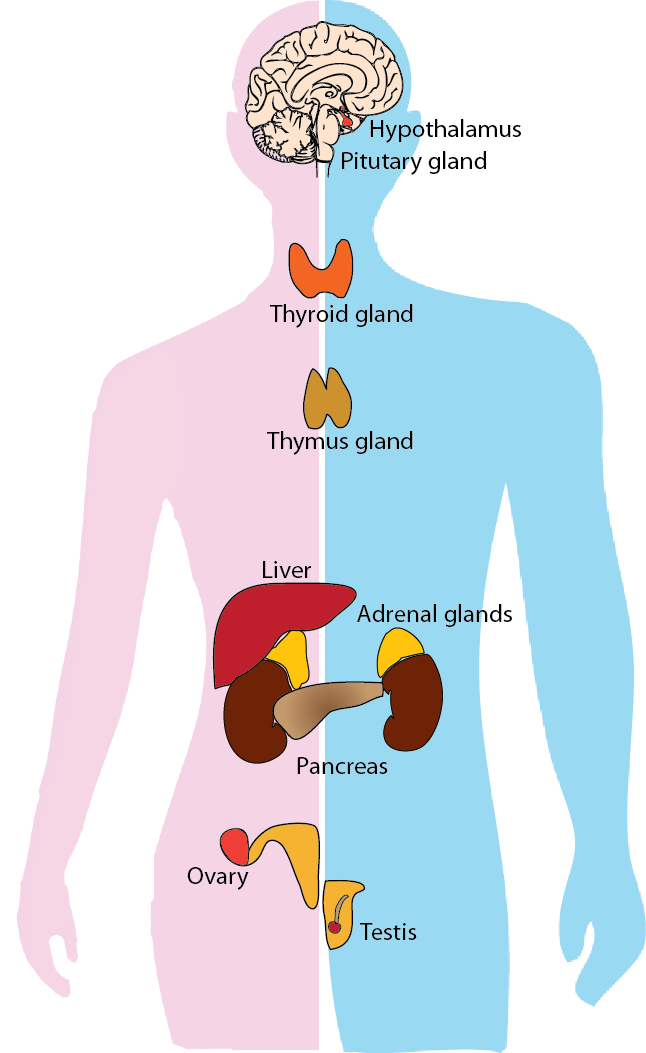 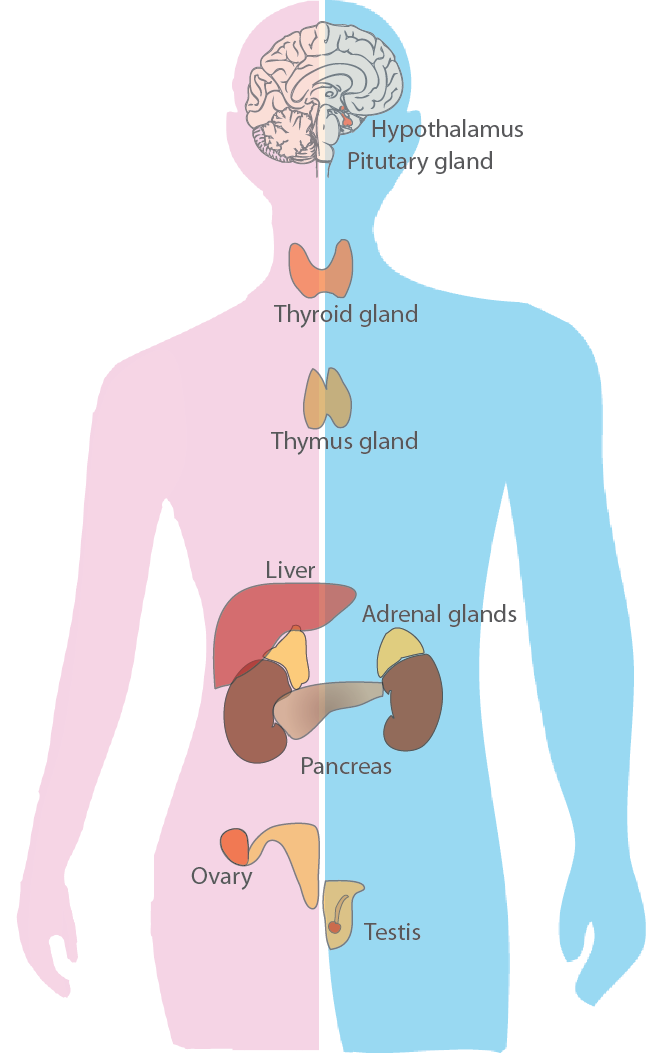 If you use our resource, please cite the following research articles:

Research in the group of Areejit Samal at The Institute of Mathematical Sciences (IMSc), Chennai is financially supported by intramural funds from the Department of Atomic Energy (DAE) India, a Ramanujan fellowship (SB/S2/RJN-006/2014) from the Science and Engineering Research Board (SERB), Department of Science and Technology (DST) India, and a Max Planck Partner Group from the Max Planck Society Germany. The funders have no role in study design, prediction, analysis or decision to publish this work.

We have built a comprehensive resource which compiles potential endocrine disrupting chemicals (EDCs) based on the observed adverse effects or endocrine-mediated endpoints in published experiments on humans or rodents to support basic research. We are not responsible for any errors or omissions in the published research articles or supporting literature on potential EDCs compiled in this resource. Users are advised to exercise their own judgement on the weight of evidence for potential EDCs compiled in this resource. Importantly, our sole goal to build this resource on potential EDCs is to enable future basic research towards better understanding of the systems-level perturbations upon chemical exposure rather than influencing regulatory advice on chemical use.